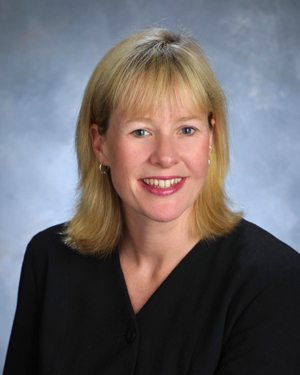 Kirsten Barron(SEATTLE) — The Washington State Bar Association (WSBA) announces that it is presenting Bellingham attorney Kirsten Barron with its Local Hero Award. The Local Hero Award is presented to lawyers who have made noteworthy contributions to their communities. The WSBA Board of Governors will meet in Bellingham at the Hotel Bellwether on December 5–6. President Mark Johnson will present the award at a luncheon on December 5, with members of the WSBA Board of Governors and Whatcom County Bar Association in attendance.

Barron received her bachelor’s degree from James Madison University and her law degree from the University of Richmond T.C. Williams School of Law. She worked as a civil deputy prosecuting attorney for Grays Harbor County. She joined Barron, Smith, and Daugert PLLC, formerly known as Brett and Daugert PLLC, in 1998 and became a partner in 2004. She currently practices business and employment law.

Barron is extensively involved in her community. She has served as a board member of Allied Arts of Whatcom County, and volunteered with the YMCA. For the past ten years, she has served on the board of LAW Advocates, and as chair for the last three years. Barron volunteers for the Law Advocates Street Law program, and will be a volunteer attorney in the new Courthouse Based Eviction Clinic for low-income tenants. She serves as a board member of the Whatcom Film Association, and as vice president on the board of the Slum Doctor Programme, which works to improve the lives of those impacted by AIDS in Africa. Barron also volunteers at the schools of her three children and at St. Paul’s Episcopal Church.

“While there are a number of attorneys who would rightfully qualify for the Local Hero Award, this year Kristen Barron stands above the rest for the leadership she bestows to her law firm, and in her committed service to our local community,” wrote Steve Chance, president of the Whatcom County Bar Association.

About the Washington State Bar Association

The WSBA is part of the judicial branch, exercising a governmental function authorized by the Washington State Supreme Court to license the state’s 32,700 lawyers. The WSBA both regulates lawyers under the authority of the Court and serves its members as a professional association – all without public funding. As a regulatory agency, the WSBA administers the bar admission process, including the bar exam; provides record-keeping and licensing functions; and administers the lawyer-discipline system. As a professional association, the WSBA provides continuing legal education for attorneys, in addition to numerous other educational and member-service activities.

The governance of the WSBA is vested in its Board of Governors. There are three governors from the seventh congressional district; one from each of the other eight districts; and three at-large, one of whom represents the Young Lawyers Division. The president is Mark A. Johnson, of Seattle. The president-elect is Salvador A. Mungia, of Tacoma, and the immediate past-president is Stanley A. Bastian, of Wenatchee. The Board meets regularly (every six weeks) at various locations around the state, and its meetings are open to the public. Much of the work of the Bar is carried out through its numerous standing committees, 26 sections, and a Young Lawyers Division with its many committees.

Reprinted with permission from the Washington State Bar Association.
Article originally published on their website, www.wsba.org, on November 21, 2008.