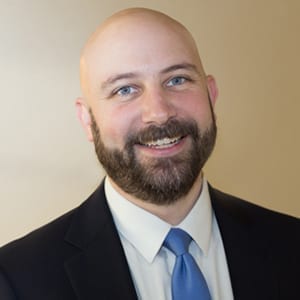 Nolan joined Barron Smith Daugert in 2018 and brings a multi-disciplinary approach to his practice, drawing from his experience in a variety of fields and applying his unique legal background to find creative solutions for his clients. Nolan previously worked for several years with a regional northwest law firm focusing on business and municipal law. Nolan practices in the areas of real property law, business and corporate law, and employment and labor law.

Nolan has both American and French law degrees. Nolan studied law in a small village in rural Vermont, then moved with his wife to Paris, France, where he studied French and international law. While in Paris, Nolan worked for a boutique law firm specializing in international commercial arbitration and hybrid profit/nonprofit social purpose companies and cooperatives. After two years in Paris, Nolan and his wife moved back to Bellingham to raise their new family in the town where they both grew up. When he’s not working, you are likely to find Nolan sampling the wares at local breweries and wineries, toiling in the garden, or out enjoying the natural beauty of the Pacific Northwest with his family.